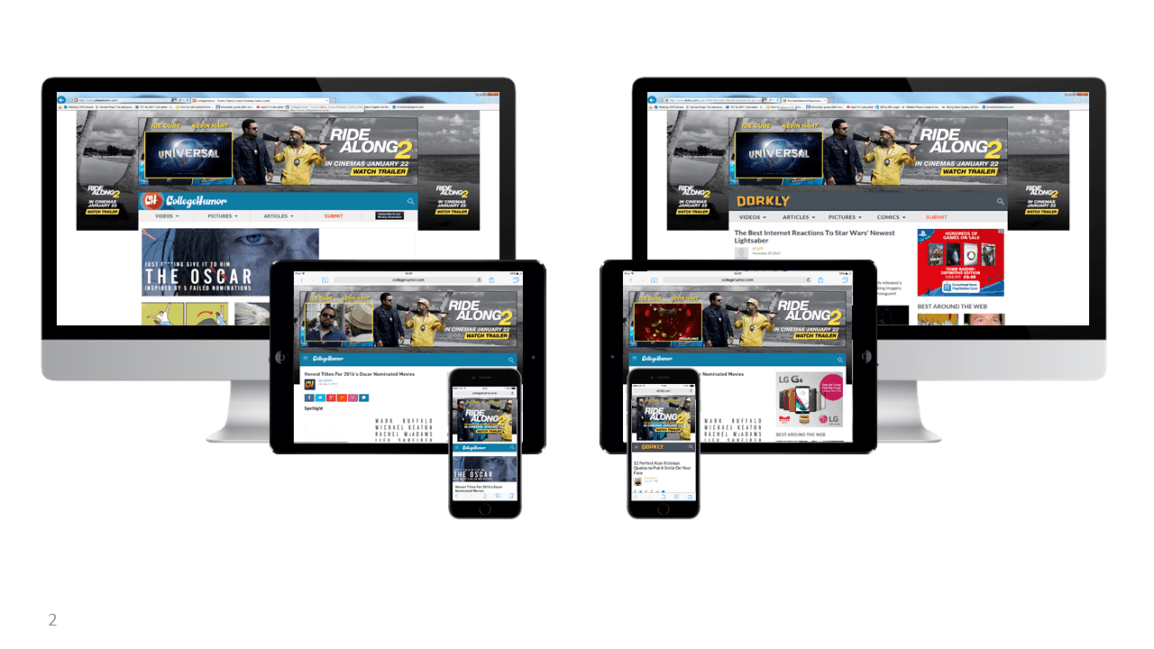 iLike Media executed a cross platform campaign for the sequel of Kevin Hart and Ice Cubes hilarious comedy Ride Along 2. After the success iLike Media had for promoting Ride Along, we were privileged to be working with Universal again to promote Ride Along 2.
We ensured Ride Along 2 engaged with over 1.1m comedy fans in the UK across Desktop, Tablet and Mobile. Our bespoke skins delivered the highest CTRs with a click-through rate of 1.58% (Sizmek) and over-delivered against view-ability and view-through rate KPIs.