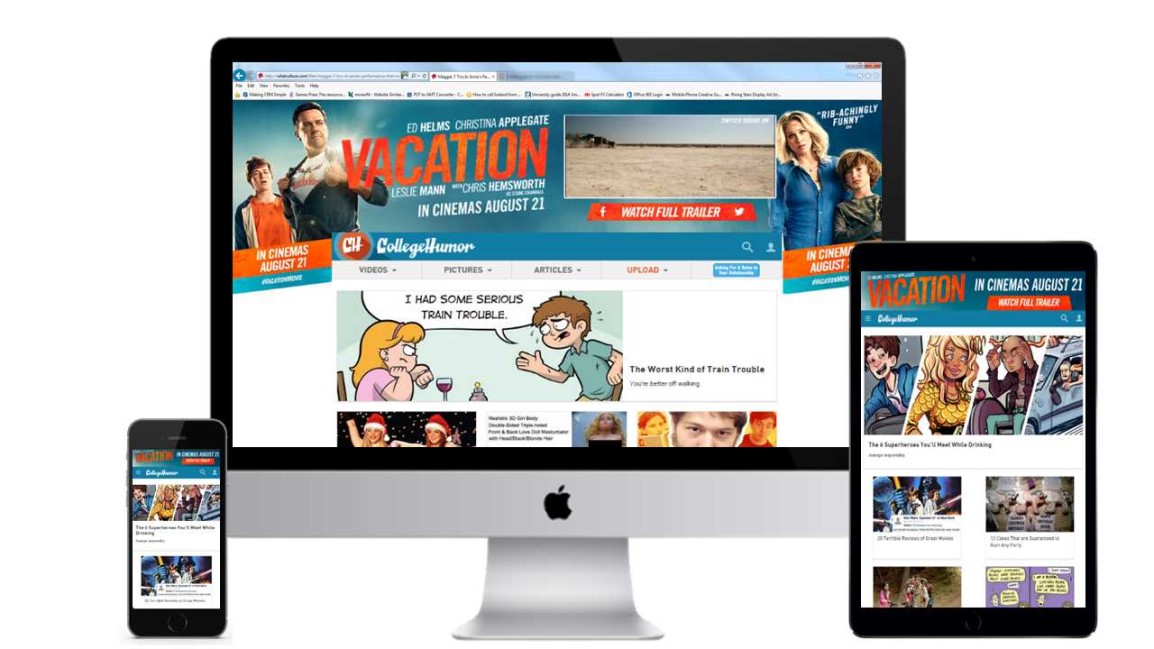 iLike Media teamed up with Warner for the sequel to the 1983 comedy great ; Vacation. For this campaign Warner were keen on utilising CollegeHumor which is the #1 original comedy site on the web. CollegeHumor’s responsive site takeover allowed Warner to cut back on creation costs while allowing a fast optimisation of content, providing leading load times and stability between formats. This provides the ultimate user experience leading to a higher performance and engagement rate for the campaign. For this multi-format campaign, Vacation achieved an overall CTR of 1.51% with the skin CTR at 4.40%. CollegeHumor also met the benchmark view through rate for Warner achieving 59% for the campaign.

Check out the campaign